There is something brewing in Ballarat, not the excellent craft beer, nor is it the upcoming 160th celebrations of the Eureka Rebellion. 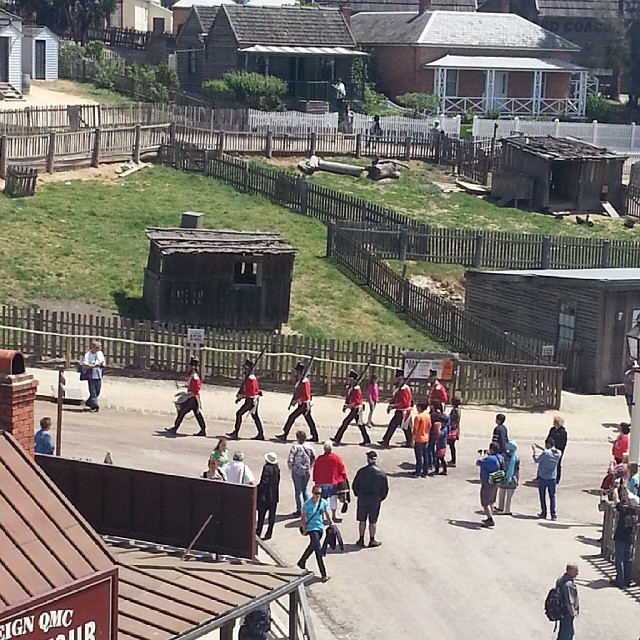 On the last Saturday in November, myself and Mr BG will head to the local primary school to vote in an upcoming State Government Election. We will be inundated with how to vote cards thrust upon us by the party faithful, ensconce ourselves at a cardboard booth and consider who will be our representative for our electorate for the next four years. With any luck, there will be a sausage sizzle. 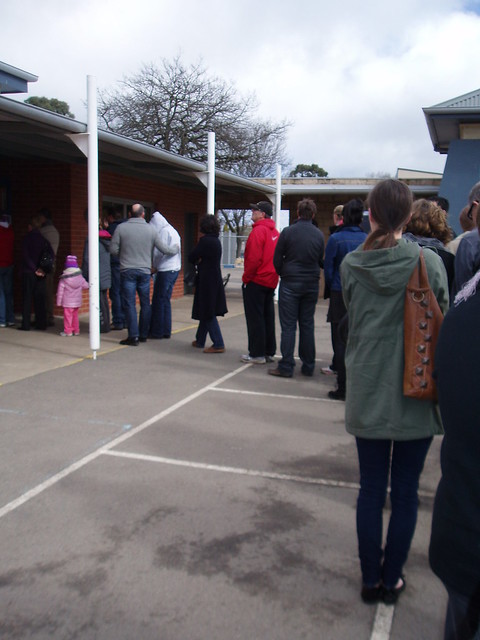 One would think that with an election, it would be the same old story- a few stories about Ballarat being the bastion of democracy, yada yada, the sitting members campaigning, a visit or two from the Premier and Opposition Leader, followed by the election day, with only a few people tuning in to the ABC for updates (cough cough). This year, it’s a little bit different…

In 2013 the boundaries of electorates were changed to allow for a more equitable distribution of votes in each electorate. For the city of Ballarat, this meant that the seats of Ballarat East and Ballarat West were amended and renamed. Ballarat East gained the area of Sebastopol, a traditional bastion of the ALP and was renamed Buninyong. Buninyong requires a 1.6% against the sitting member Geoff Howard for it to be won by a Liberal Candidate. Ballarat West was renamed Wendouree and with the loss of Sebastopol, has technically become a Liberal seat, even though it is held by the ALP. It requires a 0.1% swing to the ALP for it to be retained as a Labor seat.

As a result of the boundary changes, I am living in the most marginal seat in Victoria- so what does that mean?

There is the Battle of the Billboards, with prominent corners having been overtaken with Liberal Blue extolling the virtues of the contesting candidates Craig Coltman for Wendouree and Ben Taylor for Buninyong. Despite council requesting that some billboards be taken down as they do not comply with local planning laws, the billboards remain with a stoush in VCAT imminent. While I am seeing more blue billboards than red in my marginal seat, I am also seeing a LOT of ambulances with very pointed messages on how to vote, or how not to vote.

We have had numerous announcements from the Premier, the Minister for Planning, the Opposition Leader, and a myriad of dignitaries for photo shoots for the local paper, before they scuttle quickly back to Melbourne. Usually the local candidates are standing by their sides, nodding in the appropriate places and often wearing matching yellow vests and hard hats.

We have had the regional launch of the Liberal Party campaign in Ballarat over the weekend- in fact Mr BG thought he pprobably did see Premier Napthine around the corner! which also happened to coincide with the Ballarat Show. It was also another photo opportunity to proclaim more money for the Showgrounds, which desperately need an upgrade. The ALP also factored in a upgrade to Showgrounds facilities in its pledge to upgrade the nearby Eureka Stadium, for it to host AFL matches.

There has been announcements from both major political parties to guarantee the jobs of those workers currently building much needed trains for the Melbourne public transport system. This has come at a good time, as the current Liberal government awarded a tender to a Polish company, thus leaving Alstom the train foundry at risk of closure.

The Civic Hall saga has continued, with the Liberal Government pledging to bring VicRoads headquarters to Ballarat, with the site of the building to be built adjacent to the Civic Hall. As a result, plans for the Hall’s demolition have been placed on hold by the Liberal-dominated Council until the outcome of the election is known.

For the moment, I am sitting back and enjoying the attempts of both parties who are falling over themselves in attempt to woo voters :).